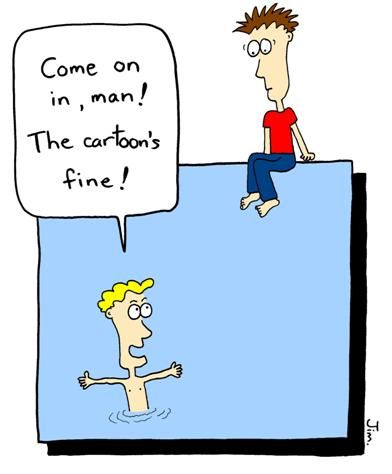 When I was a boy, I was obsessed with two movies; The Dark Crystal and The Neverending Story.

This was the mid 1980’s, well before home VHS was readily available to me and DVD was unheard of. So after seeing them once in the cinema, I would read and re-read the picture book and novel versions I had, draw endless pictures of scenes I remembered, and refer to them as often as I could in my nightly school writing homework, reliving the adventure. I even wrote a short novella inspired by their rich symbolism, amazing sets and visual effects.

Both films are pretty dark. The both feature a bunch of genuinely terrifying and trippy moments that are rare in kid’s movies today. I still rate the death scenes of Artax (the hero Atreyu’s horse) and the planetary obliteration caused by The Nothing, not to mention the Garthim attack sequences, the ‘life essence’ draining scenes and the Roast Nebri in The Dark Crystal, as all seriously traumatic!

Watching them again today on DVD, I’m amazed at how well they’ve held up over time, and how I still get that same thrill of adventure from watching them now as I did back then. It’s not hard to see why the fantastic tales they wove of young boys embarking on great quests to defeat powerful enemies against incredible odds resonated so strongly.

As kids, we are fearless creative copycats, wearing our inspirations on their sleeve without a second thought, learning from what works and adding our own version of the Hero With a Thousand Faces.

The same principle applies to cartoons. While certainly not epic in scale, the above cartoon idea is actually about 20 years old. It originally came out of a period of creativity in my teenage years where I decided to just sit down every night, free associate and draw whatever cartoon came to mind, no matter how crazy it was. I took my inspiration from the strange cartoons of Matthew Martin that featured in The Melbourne Age weekend magazine at the time.

A wealth of weird and wonderful cartoons came out of that zone, and took me in a creative direction, the thread of which I still see in my cartoons today.

And yet, it’s a creative zone that I find harder to access these days. More often than not I get bogged down in trying to be creative instead of just being creative. I need to take my own advice and just dive in. Break a few more rules. Experiment. Make mistakes. Fail. Learn. Progress.

Who knows where that adventure will lead?