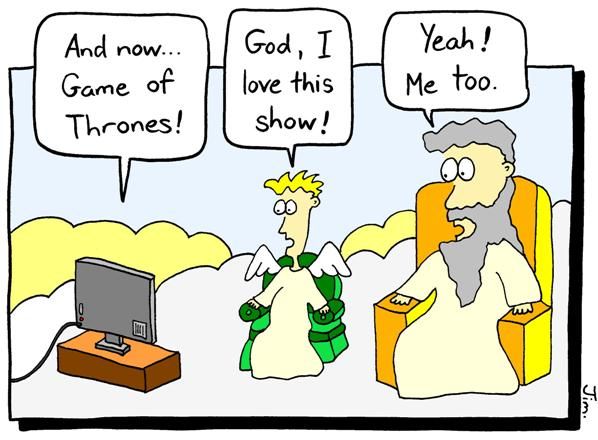 Yeah, yeah. Game of Thrones is the biggest TV show on the planet right now, but there's a reason for that.

It's definitely the most impressive TV show I've ever seen; from the locations, the sets, and the acting to the complex, grand arcing story that will be watched for years.

Like The Sopranos was 14 years ago (RIP James Gandolfini) there's no doubt that Game of Thrones is going to be seen as a significant milestone on the history of television.

This cartoon is also a small milestone for me. It's the 100th cartoon I've posted on this site since its launch. In the big scheme of things, that's not many, but it's still a milestone worth celebrating.