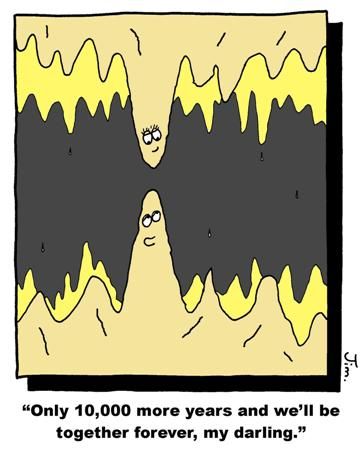 I don't think it's ever too early to have a bucket list. I crossed off one thing on mine this week. I saw Death Cab for Cutie live in concert.

I thought about waxing lyrical here about the many ways in which I love the music of this band, but I've decided I won't. Google them, or just go out and buy one of their seven (to date) brilliant albums and discover for yourself the unique melodic power and joy that is Death Cab for Cutie. (Dammit, I've started waxing lyrical!)

As I have similarly reflected in a previous post, being a fan of Death Cab for Cutie - in New Zealand at least - has been an exercise in patience. While they have played in Australia before, they hadn't managed to come across the water to Aotearoa ever in their 13 year history.  I was beginning to think they may be one of those bands that I would never see live.

When the announcement was made that they were coming to New Zealand for a one-off show, I - as an Aucklander - was crestfallen because their one show would be in Wellington (which for the non-New Zealanders reading this, is at the other end of the North Island of NZ) and I thought it would simply be too much cost and effort to get there. But get there I did, thanks to some nice cheap tickets snaffled through Air NZ's 'Grab-a-Seat' web site.

The concert itself was breath-taking. Two hours of the aforementioned brilliant music I have described. It had such an effect on me that I left the concert hall afterwards feeling quite emotional and incredibly alive inside. Days later and I still feel it. Such is the power of music I guess.

A two hour concert is such an infinitesimally small amount of time in proportion to the years I have lived. And yet, I feel that moment in time will be like a coal burning, keeping me warm inside, reminding me that it's good to pursue good things.

Strangely, that feeling turned into the above cartoon. I trust it makes sense on it's own, but now you have some context.

"Patience is a virtue." I remember writing that in my high school final yearbook as my favourite quote. It's seems a bit bleeding obvious now, and a little pious, but then again I was a pious, fundamentalist prat in my teen years. These days, I prefer the quote "Nothing good ever dies."

I sincerely believe that, and believe it all the more having now seen Death Cab for Cutie in concert. Does that make sense? I hope so.