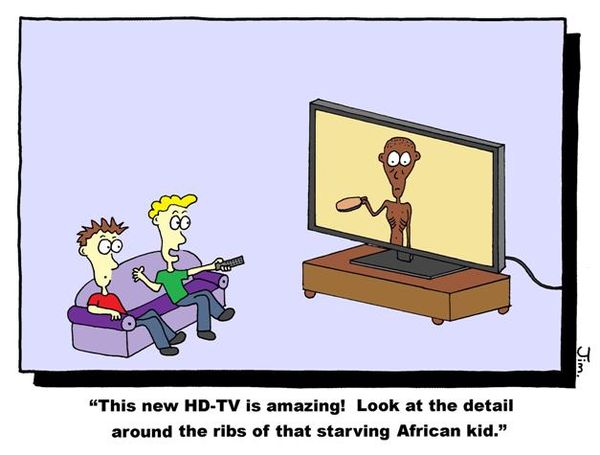 Without making any specific predictions, I think it's fair to say that 2012 is going to be a pretty crazy year.

Leaving aside the ridiculous superstitions about Mayan calendars and associated global cataclysm popularized by Hollywood, it seems as if it's going to be one of the most defining years for the world in terms of inequality between rich and poor. The recently released OECD report 'Divided We Stand: Why Inequality Keeps Rising' paints a pretty bleak picture, as this recent article explains.

It's nothing new by any means. The gap between rich and poor has always been widening. Beyond that, technology has reached a point where we can get every bit of news about the world instantaneously and in high definition, but it still fails to bring any real change to the human condition.

Add to the mix that there's going to be the usual nuttiness of a US election in 2012, and my fear is that there will be so much rampant craziness and superstition this year that the real issues of inequality and solving genuine social problems are going to get forgotten.

If nothing else, it's going to be a field day for cartoonists. If any profession can truly cut through the craziness and reveal the truth of an issue, it's those who hunker down over a piece of paper (or computer screen) with a pen (or stylus) and carve away at the crap by cartooning about it. Laughing at our craziness is a sure way of not succumbing to it.

So, my only prediction for 2012 is that it's going to be a year full of powerful, funny cartooning. Hopefully I'll be able to contribute a little to that.

In the meantime, here's hoping that 2012 will truly be a happy New Year for you!