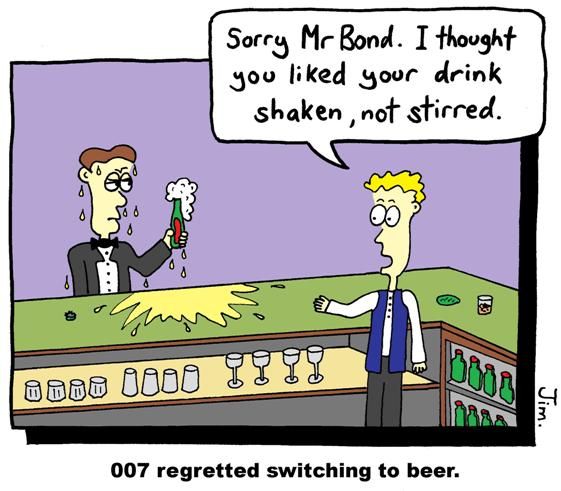 I know this news is a little old now, but it got another airing today as a former James Bond actor added to the criticism of the iconic film character ditching his signature drink - the vodka martini - for a beer in the new film. When I read the article, the above idea just hit me. Much like a beer would if it was prepared like the martini!

It's funny how precious people can get about things like that. Why are some people so resistant to change in their pop culture? Why shouldn't George Lucas add new bits to the old Star Wars films? Why shouldn't Metallica record a double album of avante garde art rock with Lou Reed?  And why shouldn't a major comic book hero be gay? Well, just because sometimes it works, sometimes it doesn't, and sometimes it's just the right thing to do.