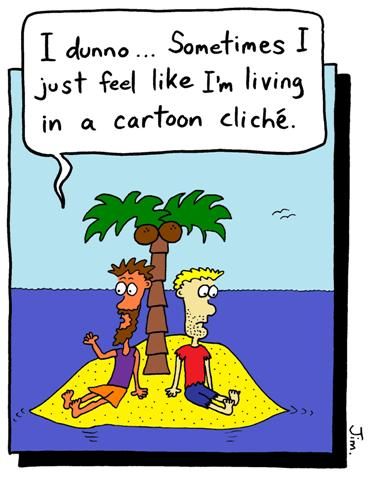 It's a notable anniversary for me today. 25 years ago on this day, 11 March 1987, I had my first cartoon strip published in a little newspaper called the Eastern Riverina Observer in the state of New South Wales, Australia.

I've written in greater detail about that strip, The Twangups, in a post last year when I realized that this anniversary was coming up. You can read that here and see some of the original (terrible!) strips.

25 years on, to still be getting the opportunity to draw silly pictures and see them in print and hear how they make people laugh is still perhaps the greatest thrill for me. Although I love the immediacy and interaction that comes around having cartoons online, there's something about the printed page – the smell of the ink, the texture of the paper – that has an earthiness that connects with me at a very deep level.

I am incredibly grateful to any and every editor that has agreed to publish – and sometimes even pay for! – one or more of my cartoons in the pages of their newspaper or magazine.   I hope to still be doing this in another 25, 50 and even 75 years!