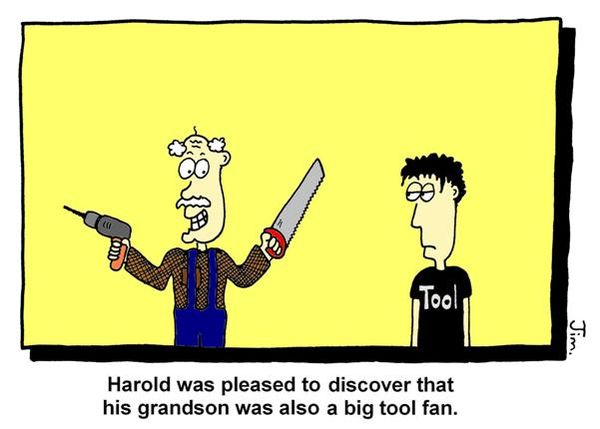 To be a fan of the band Tool is to learn the art of patience.

With only four full length albums over the last 18 years, the most recent coming in 2006, it’s been a long time between draughts of their beautifully dense, complex music. There were rumours that a new album was due this year, but according to some very recent comments by Maynard James Keenan, it is currently “just progressing as it progresses.”

I like the sound of that. Considering the high quality of music that has come out so infrequently from the Tool boys, I don’t think I would have it any other way. The anticipation ends up being part of the enjoyment.

Another musician I love, Gillian Welch, has just released her first album of new material after an eight year break. The delay, she says, was because she felt just wasn’t writing music that she liked. The resulting album is a stunner, which Allmusic.com describes as “timeless, if hard won songcraft”. I like the sound of that too.

Note to self: keep this principal in mind when doing cartoons. Don’t sacrifice quality on the altar of ‘feeling like you have to produce for the sake of it.’

(Side bar … Is it weird to like Tool and Gillian Welch? I’ve never thought extreme variety in music appreciation was weird, but you would think it is going by the looks and comments I get from music store sales people when I purchase certain albums together.)

For those times when I am berating myself for being in my own view, less than prolific with my cartooning, here’s a news story I find inspirational about the world’s longest concert, a performance of avant garde musician John Cage’s piece “As Slow As Possible”, which started in 2001, and is not due to be completed for 639 years.

My favourite quote from the curator of the project, Professor Rainer Neugebauer, is this:  “I think it teaches us patience, inner peace and that the world goes on and we must not hurry.”

‘The beauty of slowness’. I especially like the sound of that.