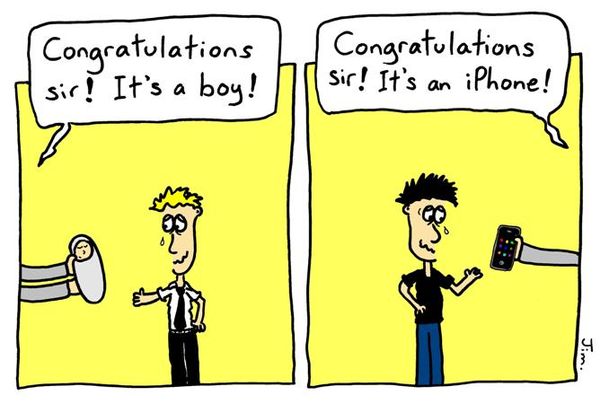 I drew this cartoon in 2007. It was published in a local tech magazine, just as the iPhone was set to arrive in New Zealand. Consider it a small tribute to the legendary Steve Jobs, whose passing was mourned the world over yesterday.

The biographers have already noted his flaws as a human being, but his inspirational vision will remain an inspiration, especially for anyone involved in creative pursuits.

My favourite quote of his was, “Stay hungry. Stay foolish.” As a cartoonist, I try to take that advice every day.