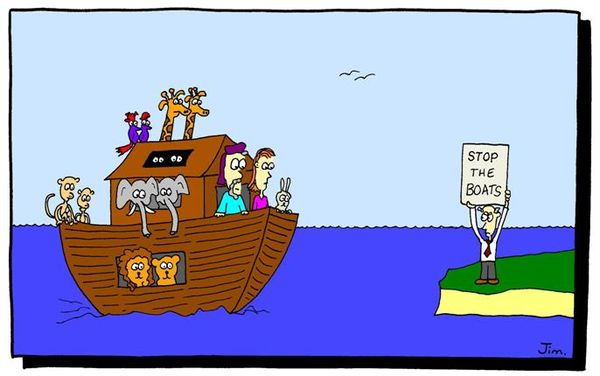 It's an election year in Australia, which means the issue of asylum seekers is back front and centre in the rhetoric of the posturing politicians pursuing preferential positioning at the pending polls.

Unlike that tongue-twister, the complex issue of dealing with asylum seekers has been boiled down into one simple statement for those who are vehemently supportive of turning them away that is as dehumanising as it is brief; "Stop the boats."

In spite of - or more likely, because of - the leadership change that has occurred within the Australian Labor Party in the last week, it seems that we're going to hear this phrase and the issue debated even more intensely over the coming months.

Could that statement be any more obnoxious? It conveniently removes the human element from the equation, deliberately sidestepping the fact that there are real people on those boats.

As the election approaches, I'll be listening out for which leaders are keeping that fact in mind. The way we treat the people on those boats will communicate how we believe the whole of humanity should be treated.