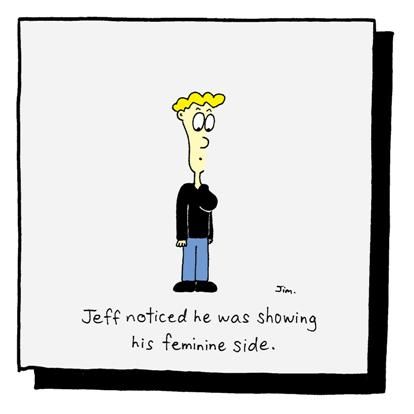 We're coming to the end of a couple of 'psycho' years at my house; or more correctly, a couple of psychotherapy years.

This week my wife officially finishes the full-time clinical training component of her Masters in Psychotherapy.

While she's actually been the one doing the course, we who were not – our son and me – have still been imbibed in the theory, the practice and the acronyms (so … many … acronyms!) so we feel like we've have become psychotherapy Jedi-novices along the way.

We are incredibly proud of her. Talk about a grueling course. The scrutiny that they (rightly) put psychotherapist trainees under seems the equivalent of being stripped naked and made to run through a gauntlet of angry clowns while being beaten with copies of the DSM-IV (a big, mother-gorilla sized book, for those not in the know.)

Now that the course is finally finished for this year, we've finally had time to watch together those TV shows that were studiously avoided in deference to her study.

So what show are we choosing to watch? The sharply brilliant HBO drama 'In Treatment' starring Gabriel Byrne. Series One is 43 half-hour episodes of dramatized psychotherapy. After four years immersed in it, I guess you could call us gluttons for punishment.

It's brilliant though. Seeing people getting to the heart of their issues on screen – essentially digging for the truth about themselves – makes for gripping viewing.

Those who know my philosophy of cartooning will know that I put a lot of stock in the ability of cartoons to reveal truth. In that spirit, I've dug back into my cartooning memory and brought the old 'toon above to the surface and given it a dust off and some colour.

I liked it when I first drew it, but think I understand the truth in it better now. However, the whole masculine/feminine side concept is explained and re-thought out a lot better than I could in this article from Psychology Today.

Socrates said, “The unexamined life is not worth living”. That's damn right. I wouldn't want to be a psychotherapist, but my admiration for those who do – especially the one closest to me – is immeasurable and eternal.